How is buying auctions in real life different from buying on TV?

We've been promoting our FREE storage unit auction class for a few weeks now, and we've had a couple dozen people go through the class, and they all keep asking the same question, one we've been asked for years:

Five years ago if you asked us that question, we would have only been able to tell you what we had experienced in real life at storage unit auction.  It's part of the reason we started writing this blog, to answer the questions that people always had, and to really dive into the interesting stories and the emotional stories and the really and truly unique things you can find.

Five years later, we can say that we've worked with some of the stars of Storage Wars, we've been on the Storage  Treasures Pro Series with many of them,  we've done an episode of Auction Hunters, we've known people that were in other episodes of Auction Hunters & Storage Hunters, and I've spent probably 50,000 hours working in the film industry, so yes, we definitely have a handle now on what's real versus what's reality TV.

It depends on the show.   Storage Hunters planted all of their items and sourced them locally from well known stores & shops, when they were in New Orleans.    Auction Hunters uses a mixture, I think-  I've seen them finding a crazy unrealistic amount of guns and vehicles, which are (depending on the state) usually items that are seized by an auctioneer before the bidding even begins, so it's hard for me to say that they don't plant.  It's also very convenient that that's what they're finding when they have slow-motion cameras ready to show the bullet piercing the watermelon or the jet ski doing a spin.  Storage Wars tends to use mostly real items, I say mostly because I know there are situations when they have to "greek" or hide an item's logo because it either hasn't been cleared by their legal team or it's someone who hasn't paid to advertise on their show.   That's no different than any other TV show in the history of time, ever, though.

Another quick point here is that these are real tenants.   People that owed real money and are presumably at least partially in debt because they were unable to pay their storage unit bill.   Don't you think that if someone saw their unit on TV and items were planted they'd be calling TMZ immediately?

Again, it depends.   Storage Hunters used paid actors and changed their names and stories, so that was 100% fake.  It wasn't a real auction and wasn't real items.  Auction Hunters used a mixture of real bidders (me) and some paid actors, they also paid me as if I was an actor, so again,  it's kind of a half and half deal.  It was a PODs facility, so I can't even tell you whether they were real units, although I do know they use real storage facilities as well, however at the show I was at it was not advertised and was not open to the public.  While Storage Wars pays their principals and their featured bidder, all of those auctions are listed on the American Auctioneers website and are all open to the public.  I'm sure they don't pay all of those people,  although I'm sure they probably have them sign some sort of disclaimer that they can be seen on TV before they are allowed to enter the public auction.

3.  Why don't they film at real facilities and real auctions all over America?

The very short answer for this is that most storage facilities do NOT want cameras anywhere near their auctions.   A lot of auction buyers are technology resistant, and do not feel comfortable being on camera.  Storage facilities also don't want to give the impression that they auction off all of their customers stuff, so they don't like to do it because they feel like it detracts paying customers.  I can't even begin to tell you how many shows wanted to follow me around and how many storage facilities said no.  Storage Wars has gotten around this by partnering with the auctioneer, so Dan and Laura are obviously not going to say no as they are series regulars, and many of the storage facility owners are producers on the show.     Many of these shows would be thrilled to travel around if only they could find the facilities to allow it.   Storage Wars has recently had similar success (as in California) with Texas, Florida, New York, and Canadian markets.

4. Are these shows scripted?  How come no one else ever wins units?

It's really hard to script any kind of reality show but there are certain story lines that they are going for.   In the case of Storage Wars they just play up certain personalities.   "Hey, Dave, you have kind of a jerk personality, let's make sure you really give it to Jarrod today!"   When I was featured they asked me often to play up that I was from New Orleans or that I wear dresses and heels, etc.

The bidding is all real and other people besides the featured players win auctions, you just don't see  In the case of Auction Hunters, they know Alan and Ton are going to win every unit. Storage Wars has real people bidding on units and they win often, they just don't televise those particular units.  Keep in mind that for every 100 units they tape they probably air 10 of them.     They edit out so much footage it's unreal. They also do go back and reshoot (with the same bids) so that they can get camera angles on people that they didn't expect bids from the first time around.

Okay, that's partially true.  And not because that 17th Century Chinese vase was a plant, it's just that it doesn't happen very often.   I've found Purple Hearts in units,  $3000 of gift cards in a unit,  $60,000 of records in a unit,  multiples safes,  hidden cash,  engagement rings,  super rare antiques, it ALL happens.  It just doesn't happen very often.  So your level of success at finding the super rare items is totally correlational to how many units you buy, or your level of psychic ability.   The more units you buy, the better your chances of finding a really cool find.   It DOES happen.   You make money on almost every unit.  Sometimes it's $10, sometimes it's $50, it's usually around $300 for me.  Money is money.

If you're wondering why they're able to sell a bike for $500 when you thought you could only get $50 for it, that's partially because they are experienced auction bidders and know what they can get and have a network of buyers for their items in advance.      It's partially because the cost of living in California is pretty much higher than it is anywhere else,  and it's also partially the TV camera effect. If you're a wholesaler and you run a shop and someone comes in with an item that's worth $500, you'll probably offer $100 for it to make your money.  But when a TV camera is present you will offer more like $450 because you want to seem like a generous person.

There is still money to be made!  You just have to know what you're doing, have a network, and be creative with how and who you sell to.   And I PERSONALLY know people who have made 6 figures on a SINGLE. STORAGE. UNIT.       More than 1 person.  More than 5, actually.

I had a friend a few years ago who was just a regular bidder (who was pretty new to the game) who bought a unit that contained several thousand dollars worth of antiques and collectibles.  And jewelry.  Oh, it also had a 3.14 carat single stone, Old European cut, 1926-1932, set in 5.70 grams of 14k gold.   It was since appraised for over $25,000.   That friend ended up on a storage unit buying TV show.   Folks, it can happen, and it can happen to YOU! 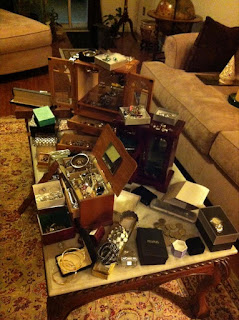 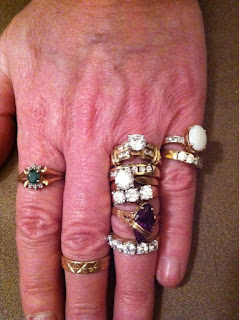 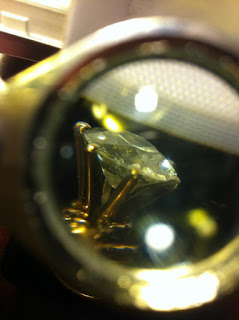 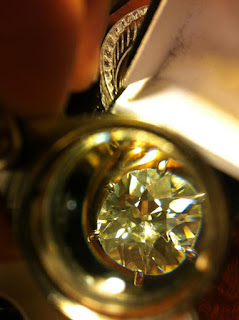 For more information on how to buy storage units, check out our FREE class!
http://www.storage-heroes.com/class-.html 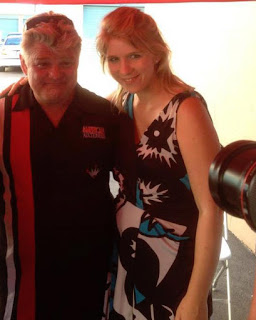 We put the fun in auction,